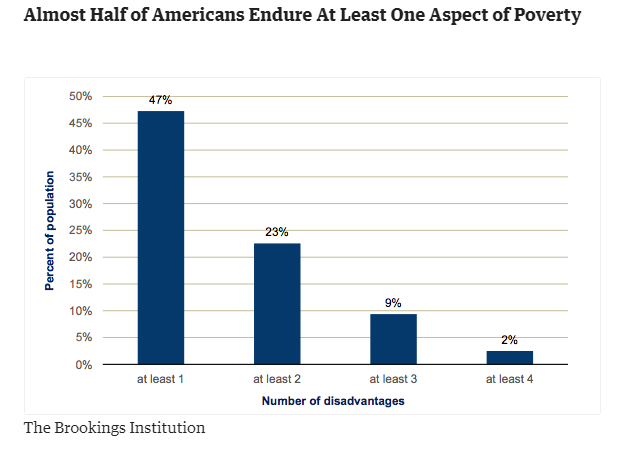 Poverty is portrayed in a very simplistic fashion in the media. It is usually something that impacts other people far removed from your immediate family. However, poverty is incredibly widespread. This shouldn’t come as a surprise. We already know that half of the country lives paycheck to paycheck and is simply one small emergency from being out on the streets. We also know that in 2015 45,000,000+ people were assisted by food stamps. The number is still incredibly high but this year, nearly 1 million will lose access to food stamps because of how the unemployment rate is reported. Poverty is very real. The Brookings Institute just did a study and found that virtually half of Americans have endured some form of poverty. The report runs counter to the “great recovery” narrative.