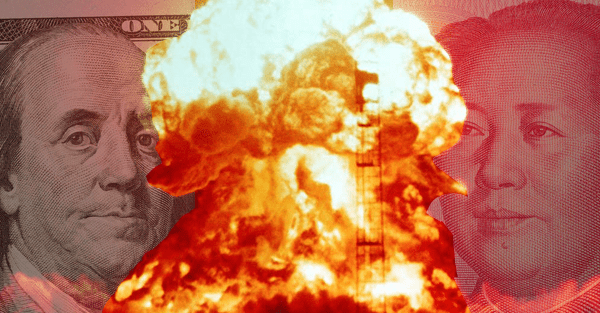 In his History of the Peloponnesian War, ancient Greek historian Thucydides told us the tale of a dominant regional power (Sparta) that felt threatened by the rise of a competing power (Athens).

Sparta felt so threatened, in fact, that all the moves they made to keep the Athenian rise in check eventually escalated the power struggle into an all out war.

The idea is that when, out of fear, a dominant power takes certain steps to keep its competitor at bay, these actions ultimately lead to war between the two.