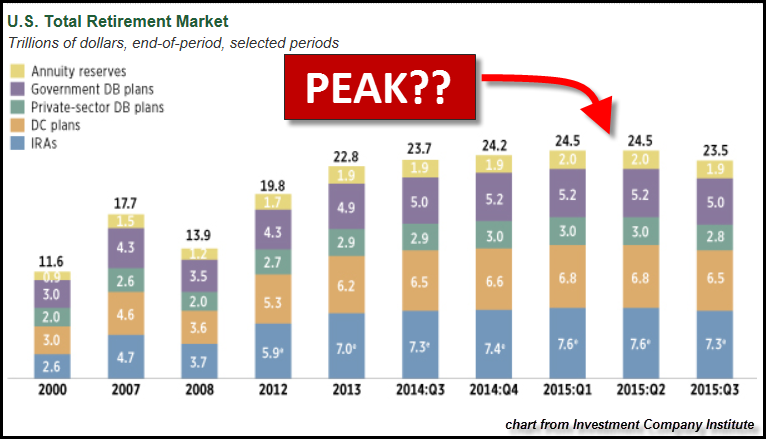 The biggest trade of a lifetime will occur when the value of silver switches from a mere commodity to a high-quality store of value. Actually, it’s not really a trade of a lifetime, but rather a fundamental repricing of real assets verses supposed assets. According to the Investment Company Institute, the supposed value of the total U.S. Retirement Market was $23.5 trillion in the third quarter of 2015:

[…] As we can see, the value of the U.S. Retirement Market is down $1 trillion from its peak of $24.5 trillion in the previous two quarters. Could this be the peak of U.S. Retirement assets?? While the broader stock markets rebounded in the fourth quarter of 2015, they fell again during the first quarter of 2016.