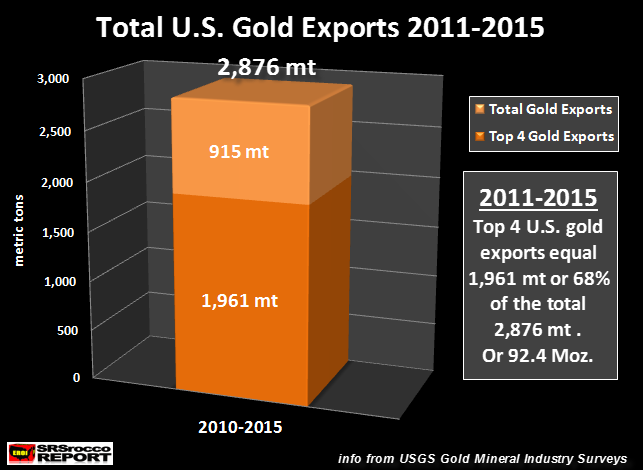 Since 2011, The United States exported the majority of its gold to only four countries. In the past five years, the U.S. exported a total of 1,961 metric tons (mt) of gold to these four countries which accounted for 68% of the total 2,876 mt.

[…] The United States exported more gold in the past five years to rank it third in the official gold Central Bank holdings. While there is no way of knowing if some of these Central Banks hold all the gold they report or if others hold a great deal more than they report, this comparison shows just how much gold the U.S. exported from 2011 to 2015.