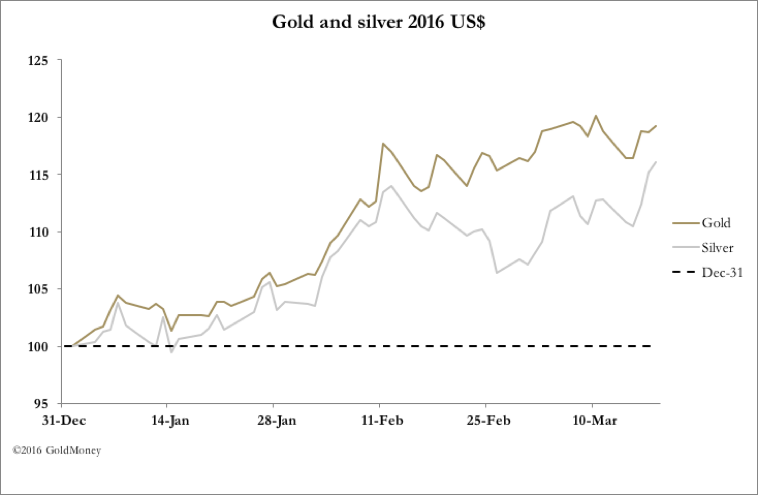 Precious metal prices eased ahead of this week’s 2-day FOMC meeting, which ended on Wednesday.

Gold had drifted $30 lower before recovering it all in a matter of minutes on Wednesday afternoon EST, after the rate decision was announced. The FOMC decided not to raise rates, despite a pick-up in core inflation and employment figures, indicating the FOMC’s targets had been satisfied. It was the prospect of the Fed’s dual mandate being met that had persuaded observers, the majority of which agreed that a rise in interest rates would be deferred, that the odds of a rise next month should shorten. That prospect appears to have receded as well.

In the wake of the FOMC’s rate decision, the dollar weakened sharply against all major currencies. Markets have suddenly come alive to inflation risk, with core CPI rising in recent months to 2.3%. Consider this leading price-inflation indicator together with the Fed’s reluctance to tighten, and it is obvious why the dollar should suffer.