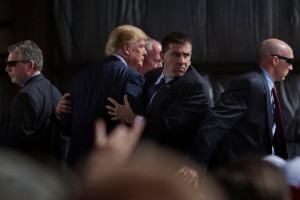 Whatever happens, it’s going to get ugly.

If Trump is nominated, there will be riots – the Perpetually (and professionally) Aggrieved will take to the streets.

If Trump is denied the nomination, there will be riots – as the people come face to face with the true nature of the system they were taught to respect since childhood.

Not since 1861 has America been so clearly divided. These divisions transcend mere political differences of opinion over this or that policy. There is a fundamental schism. Irreconcilable differences. The two sides detest each other, have almost nothing in common. And so can no longer live together.