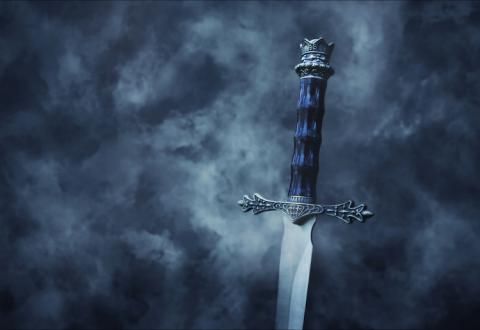 Cicero wrote of a king by the name of Damocles. He served in the court of Dionysus, and after acknowledging his envy of Dionysus’s lifestyle, Dionysus challenged him to try taking on the lifestyle for himself. At first, Damocles is taken by the royal lifestyle; however, during one of his feasts, Dionysus hung a sword above Damocles that was held by a single horsehair. The stress that this thin hair would eventually succumb to the weight of the sword and it would fall and kill him became too much, and as a result Damocles begged Dionysus to remove him from this position.

This has gone on to be used as an expression for the feeling of everything you have being lost because of some overarching threat, feeling like there is a sword hanging over your head.