[Ed. Note: If you get a puppy, can you tell if it’s male or female? …or do you need to wait until it’s a full grown dog?] 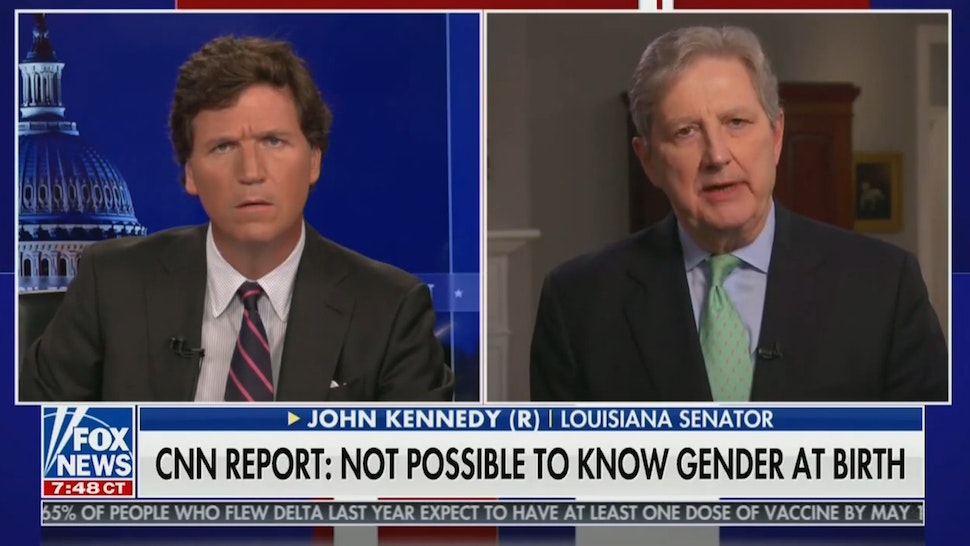 Sen. John Kennedy (R-LA) mocked on Wednesday night a CNN report from this week that initially claimed a person’s “gender identity” can’t be known at birth.

“This is from one of its ‘breaking news and politics reporters’ called Devan Cole,” Fox News host Tucker Carlson said. “Cole was writing about South Dakota’s legislation on transgender athletes. Cole wrote this line, and amazingly, CNN published it. We’re quoting this directly from the CNN website. Here it is, ‘It’s not possible to know a person’s gender identity at birth, and there is no consensus criteria for assigning sex at birth.’”

“Meaning that for literally hundreds of thousands of years, human beings have been reproducing in caves, huts, hospitals, this little squealing human comes out butt naked, and no one has been able to determine whether this kid was a boy or a girl. No one has known! [Because] there’s just no way to know,” Carlson continued. “Because biology’s not real; totally fake.