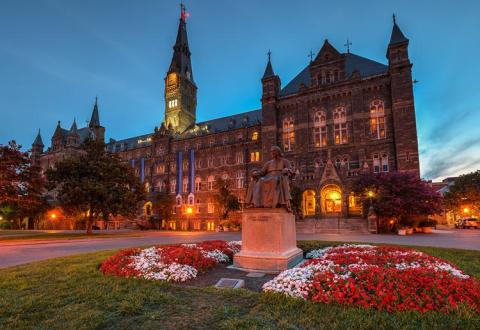 The Washington Post reports that a group of thirty-three current and former students at Christian colleges are suing the Department of Education in a class action lawsuit in an attempt to abolish any religious exemptions for schools that do not abide by the current sexual and gender zeitgeist sweeping the land. The plaintiffs argue that by holding to orthodox Christian teachings on sexuality these universities are engaged in unconstitutional discrimination due to the federal funding they receive. The lawsuit, filed by the Religious Exemption Accountability Project, is timed to coincide with the passage of the Equality Act (which I recently discussed here) in the House of Representatives and to give narrative momentum to the push to force the progressive conception of sexuality and gender upon private institutions. The director of the Religious Exemption Accountability Project is explicit that he hopes the lawsuit will ensure that there are not any religious exemptions if the Equality Act ends up being a law.