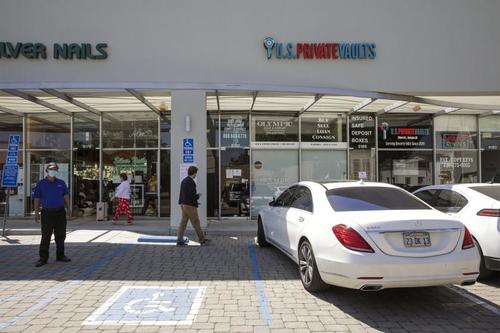 In a case that’s already sparked one lawsuit, a Beverly Hills strip mall business which rents private, anonymous safe deposit boxes was raided by the FBI last month – at which time the agency conducted a blanket seizure of hundreds of customers’ belongings.

To retrieve their valuables, customers will need to “identify themselves and subject themselves to an investigation to verify their legal ownership,” according to the Los Angeles Times, which noted that one customer has already gone to court claiming that the government overreached by confiscating the contents of every security box.

The company, U.S. Private Vaults, has been accused of laundering money for drug dealers – who anonymously stashed guns, drugs and cash.