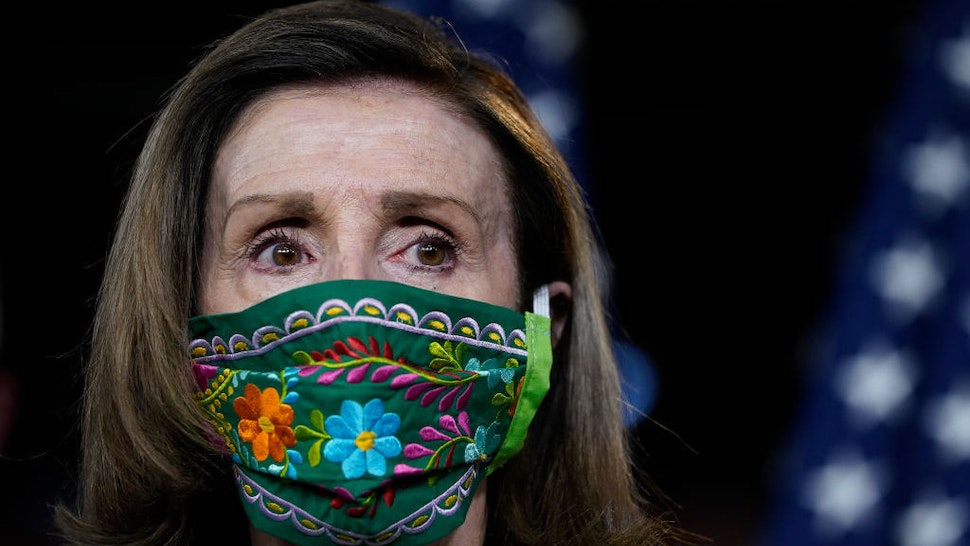 House Speaker Nancy Pelosi (D-CA) says that claims by former President Donald Trump about offering to station 10,000 National Guard troops outside the Capitol on Jan. 6 are “completely made up.”

The former president appeared on Fox News on Sunday night and backed up earlier statements by Mark Meadows, Trump’s former chief of staff. Trump told host Steve Hilton that congressional leaders rebuffed an offer of 10,000 troops to support Capitol police over the optics of having those troops surrounding the U.S. Capitol, according to Fox News.