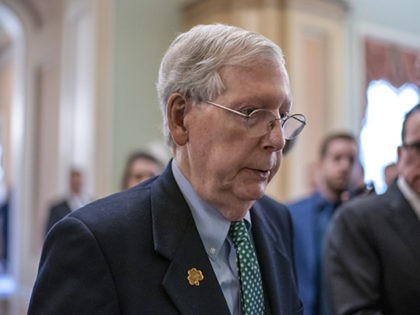 Wednesday, Senate Minority Leader Mitch McConnell (R-KY) slammed the lack of bipartisanship by the Democrats as they push to increase taxes, end the Senate filibuster, grant statehood to Washington, D.C., and more.

McConnell, noting the split majority in the Senate and the “narrow” Democratic House majority, said on Fox News Channel’s “America’s Newsroom” that Democrats “misread the election.” He said it was “not a mandate to turn America into Bernie Sanders’ view of what America ought to be.”