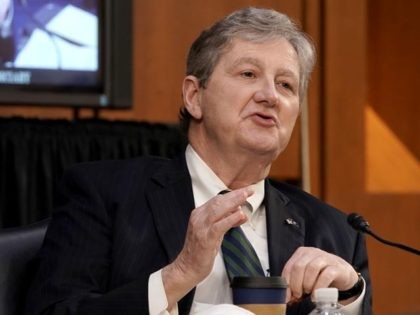 Senator John Kennedy (R-LA) questioned the wisdom of a push by congressional Democrats to enact legislation in the immediate aftermath of a tragic shooting in Boulder, CO earlier this week.

Kennedy suggested Democrats were using this moment to enact gun control because he did not think they believed in the Second Amendment as interpreted by the federal government.

“Look, these killings were terrible,” he said. “They were horrible. I’m reminded though that, you know, America is a big country. We’re free, and one of the prices we pay for that freedom is that you’re always going to have some people who abuse it. Freedom is risk. But we have got to concentrate on is how to control that risk. You’re not going to stop the killings until you stop the killers. But you don’t stop drunk drivers by getting rid of all sober drivers, which is what many of my Democratic friends want to do with respect to the Second Amendment.”