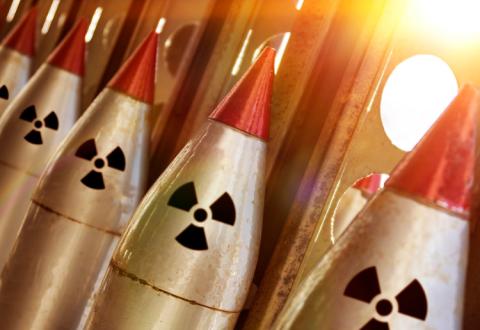 The threat of “nuclear proliferation” remains one of the great catch-all reasons—the other being “humanitarian” intervention—given for why the US regime and its allies ought to be given unlimited power to invade foreign states and impose sanctions at any given time.

We saw this at work during the run-up to the 2003 invasion of Iraq. It was said that nuclear weapons were among the “weapons of mass destruction” being developed or harbored by Saddam Hussein’s regime. Thus, it was “necessary” that the United States invade Iraq and enact regime change.

It is now very clear, of course, that the Bush-Cheney administration was lying and there was no credible evidence that Iraq’s long-defunct nuclear program had been revived.

But let’s say for the sake of argument that Iraq was well on its way to developing a nuclear weapon in early 2003. Would it have become “necessary” for the US to invade Iraq and install a de facto puppet regime that would agree to not develop nuclear weapons?