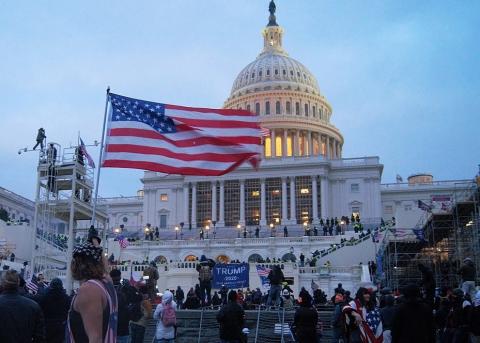 “Treason” is quickly becoming a favorite word among Washington politicos and their media allies. One need not look hard to find countless examples. For example, a late-night talk show host called the January 6 Capitol riot the “treason finale” of the Trump era. A Washington Post columnist concludes “the founders” would have “denounced it as treason.” The mayor of New York says Trump is guilty of “treason” for his supposed role in the riot.

What is perhaps surprising about the use of the word this time around is that it’s being used by the Left against adversaries in the Right. Usually it’s the other way around. During the second half of the twentieth century, it was not particularly unusual to hear right-wing Cold Warriors denounce as traitors those who were allegedly too soft on their communist enemies. Conservative columnist Ann Coulter, among others, has long referred to left-wing adversaries as the “Treason Lobby.” It’s an old conservative trope, and I suspect that the irony of using the term against Trump-supporting conservatives is not lost on the leftists who employ it. We can see this tactic’s effectiveness in the fact so many Republican and conservative politicians have rushed to distance themselves from the riot on the grounds that it constitutes treason, or that it violated the state’s “sacred” property. By the Right’s own criteria—which tends to stress reverence for government institutions and buildings—the riot was a violation.