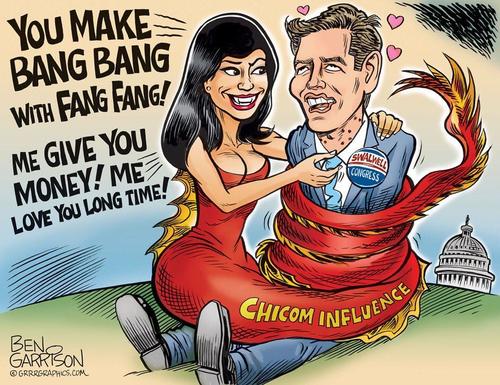 Speaker Nancy Pelosi shocked many in Washington by appointing Eric Swalwell as a house managers in the impeachment of President Donald Trump as he continues to face calls for his removal from the House Intelligence Committee due to his alleged intimate relationship with a Chinese spy.

Swalwell has been hunkered down to avoid questions from the media and the public, but he will now be one of those prosecuting the case against the President.

He allegedly first met the spy, Fang Fang or Christine Fang, in 2011. She not only raised money for Swalwell but reportedly had a personal relationship with him. She also pushed successfully for his office to accept an intern. He cut ties with her in 2015 after the FBI contacted him. Pelosi made no mention of the scandal in heralding Swalwell’s credentials: