The warning came a bit too late. 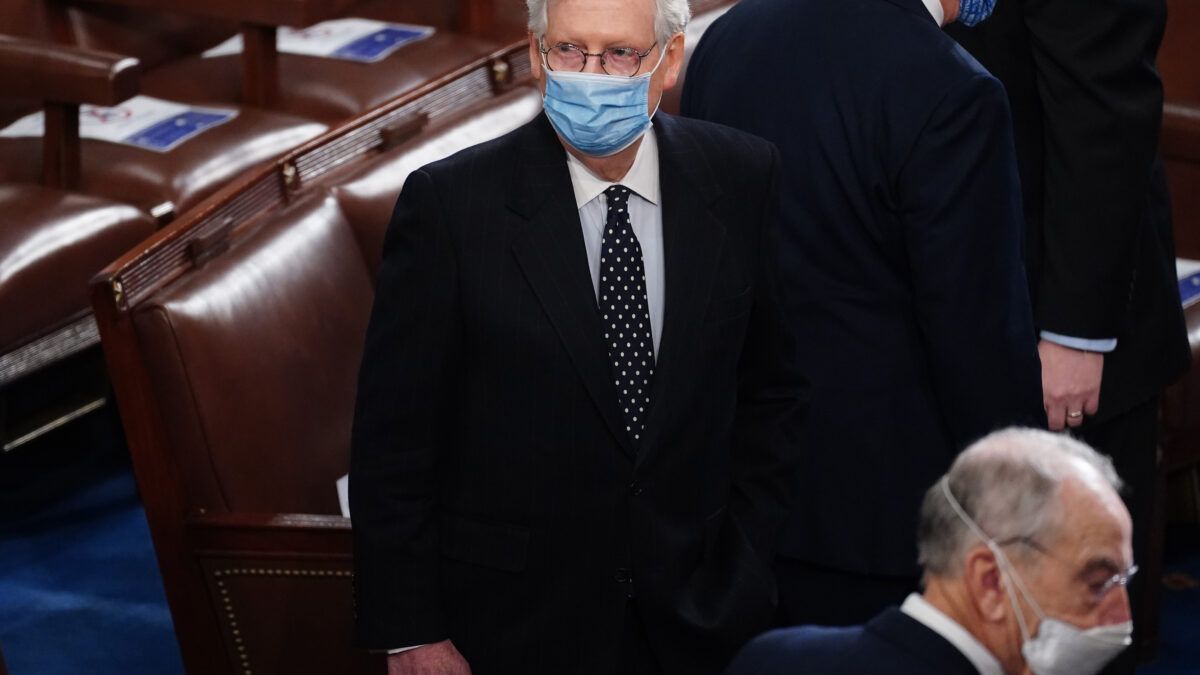 “The voters, the courts, and the states have all spoken. They’ve all spoken,” McConnell said, referencing unfounded claims of voter fraud and election irregularities put forth by President Donald Trump and some of his supporters on Capitol Hill. “If we overrule them, it would damage our Republic forever.”

McConnell went on to detail Democratic efforts to cast doubt on past elections, including 2004 and 2016, arguing that such efforts to overturn the will of the voters makes them no better than the Democrats they’ve criticized over the last several years.