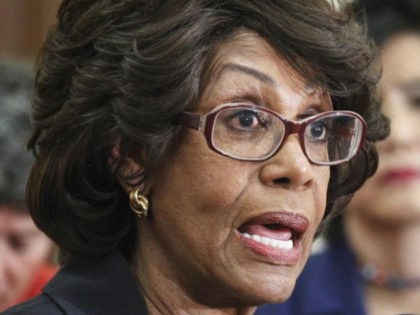 Representative Maxine Waters (D-CA) said Monday on MSNBC’s “The ReidOut” that President Donald Trump intended to use his followers to attack “whatever entity” that’s “not agreeing with him” to continue to “rule” past his presidency.

Discussing the deadly riot on Capitol Hill, anchor Joy Reid said, “We know that Dr. King’s real birthday on the 15th is coming, the official birthday on the 18th. There have been stories and news reports out there that the 17th is being targeted as another day for Trump forces to rally all over the country, that the 19th is being named. Obviously, now you have the inauguration in which the Clintons, the Obamas, the Bidens, all will be there, the Obamas will be there, you know? I’m nervous about that calendar. Are you confident that after watching the Capitol get sieged that the Capitol Police, the Secret Service, and other federal law enforcement are ready for the inauguration? Do you think it will be secure?”