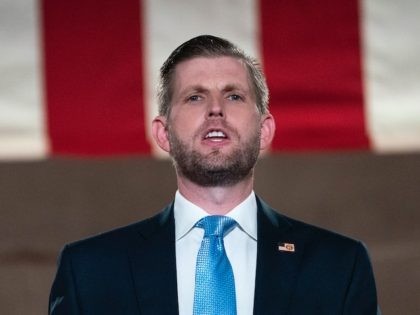 Eric Trump said Monday on Fox News Channel’s “Hannity” that Republican senators and congressman that did not join the effort to object to the results of the 2020 election during a joint session of Congress on Wednesday will lose their political careers.

Trump said, “Tomorrow’s gonna tell you a lot about the country. Because I can tell you, Sean, any senator or any congressman, meaning on this side, that does not fight tomorrow — their political career is over because the MAGA movement is going nowhere. My father has created the greatest political movement in American history.”

He added, “I’m telling you they will get primaried next time around. And they will lose if they don’t show some backbone and show some conviction.”