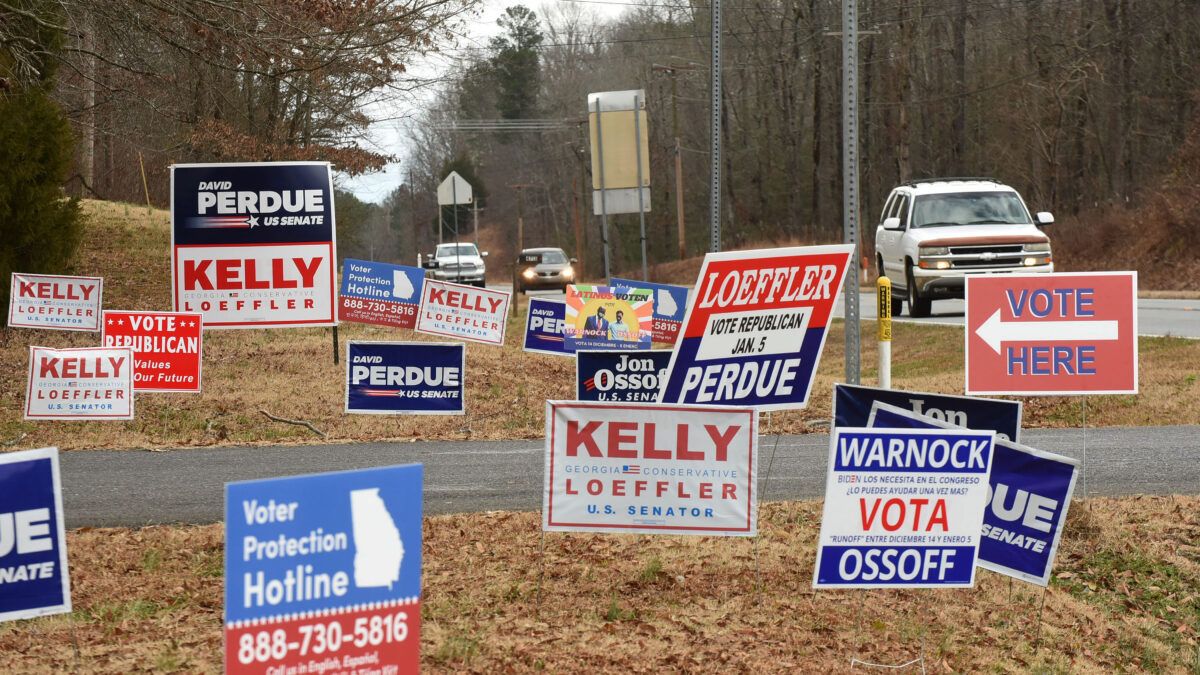 “Trailing much of the night, Ossoff surged ahead of Perdue by more than 8,500 votes after batches of votes from Democrat-heavy DeKalb County were released,” notes USA Today this morning. “Most uncounted votes remain in Democratic strongholds in the metro Atlanta area.”

Decision Desk has already called the race for Ossoff.