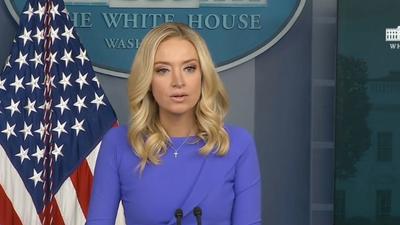 Speaking during a press briefing on Tuesday called to celebrate the start of the vaccination rollout, White House Press Secretary Kayleigh McEnany slammed the MSM for rebutting Trump’s campaign claims (later vindicated) that a COVID-19 vaccine would be ready within weeks, while also affirming that President Trump still doesn’t accept the results of the election.

Though SCOTUS declined to hear court challenges to various swing state counts before yesterday’s Electoral College vote, the vote has reportedly – according to the MSM, at least – precluded the possibility of more challenges, although Trump and his team are still pushing ahead with some legal efforts, McEnany said.

She refused to say whether or not Trump accepts the results, once again withholding an admission of defeat, which the combative White House Press Corp has been eager to hear (and not because it might ‘restore faith in Democracy’).