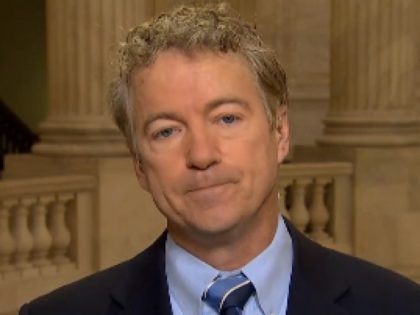 During a Thursday appearance on Fox Business Network’s “Mornings with Maria,” Sen. Rand Paul (R-KY) called for people who stuff the ballot box to be put in jail. This comes on the heels of the Senate Homeland Committee holding a hearing the previous day regarding issues in the 2020 presidential election.

Paul said to ensure elections are considered “legitimate,” people who commit voter fraud or allow it to happen should be punished.

“[T]here is a serious point here: And I think if you want less fraud in our elections, you want elections to be legitimate, and considered legitimate, you have to punish those who committed fraud,” Paul told host Maria Bartiromo. “So, 1,500 people were ineligible to vote because they were deceased in Nevada. Whoever did that needs to go to jail. Four thousand illegal aliens voted. They need to not be allowed to vote, but whoever allowed it to happen needs to go to jail. It needs to be fixed. So, we really do have a lot of work to try to make sure our elections are legitimate.”