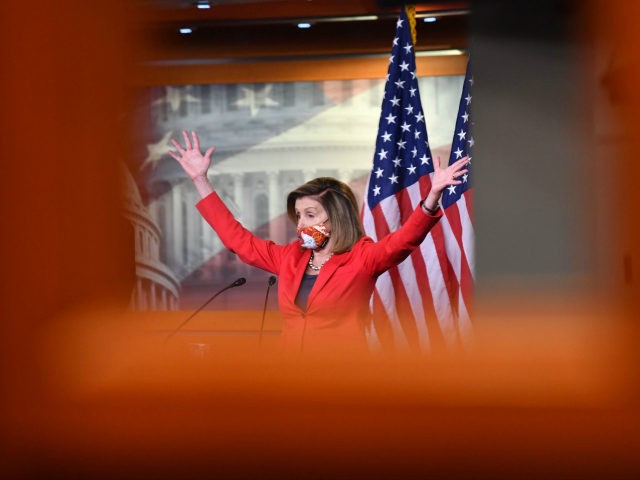 House Speaker Nancy Pelosi (D-CA) said during a virtual Sojourner Truth Project event last week that ousting Sens. Kelly Loeffler (R-GA) and David Perdue (R-GA) will give them significant power to pass legislation because they can pass bills with a simple majority in the Senate using reconciliation.

Pelosi spoke virtually at the Sojourner Truth Project on December 22 via Zoom. During the event, she discussed how Georgia Senate Democrat candidates Jon Ossoff and Raphael Warnock’s potential victories would give Democrats significant power to pass legislation in Congress. She compared their Democrats’ potential power to having essentially 60 votes in the Senate.