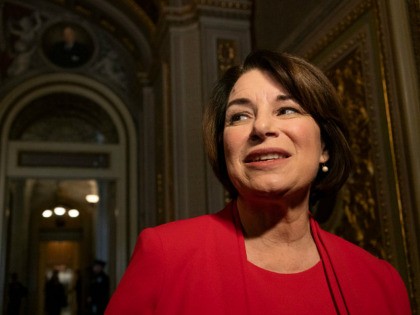 During a Wednesday appearance on CNN’s “New Day,” Sen. Amy Klobuchar (D-MN) sounded off on President Donald Trump’s recent round of pardons.

According to Klobuchar, Trump is “literally burning down the house of justice as he walks out the door” by pardoning people mostly related to him and “his own political interests.” She called Trump’s pardons “a travesty.”

“Well, 88% of them — a study was done — of his pardons are somehow related to Donald Trump’s interests or to his own political interests,” Klobuchar said of Trump’s pardons. “So, when you look at them, even though they all seem different, as you point out, about murderers, about money laundering, about a Congress using campaign funds to send his pet rabbit on a trip — true fact — when you look through all of them, what ties them together is corruption. It is corruption. And so, when you think of the pardon power, that is supposed to be about forgiveness and mercy.”