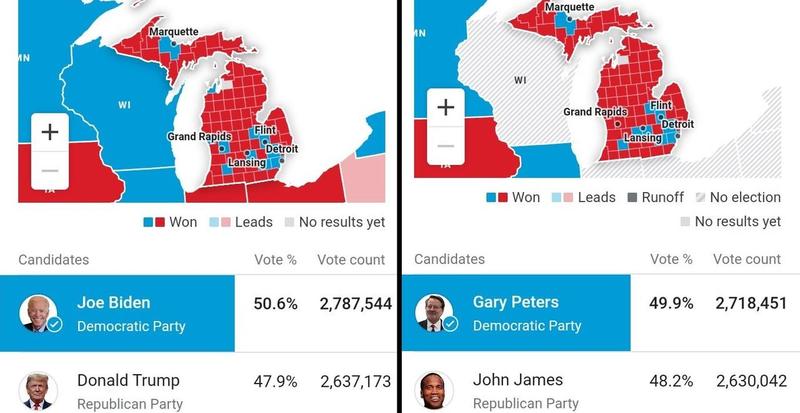 In most elections, the majority of votes are cast “down the ticket” – meaning, a voter supports both party’s presidential nominee and state Congressional candidates. In fact, according to Pew Research, “overwhelming shares of voters who are supporting Trump and Biden say they are also supporting the same-party candidate for Senate.”

Typically, this means that that the number of votes for a presidential candidate and that party’s Senate candidates are relatively close.

Twitter user “US Rebel” (@USRebellion1776), however, found that the number of votes cast for Joe Biden far exceeds those cast for that state’s Senate candidates in swing states, while those cast for Trump and GOP Senators remains far closer.