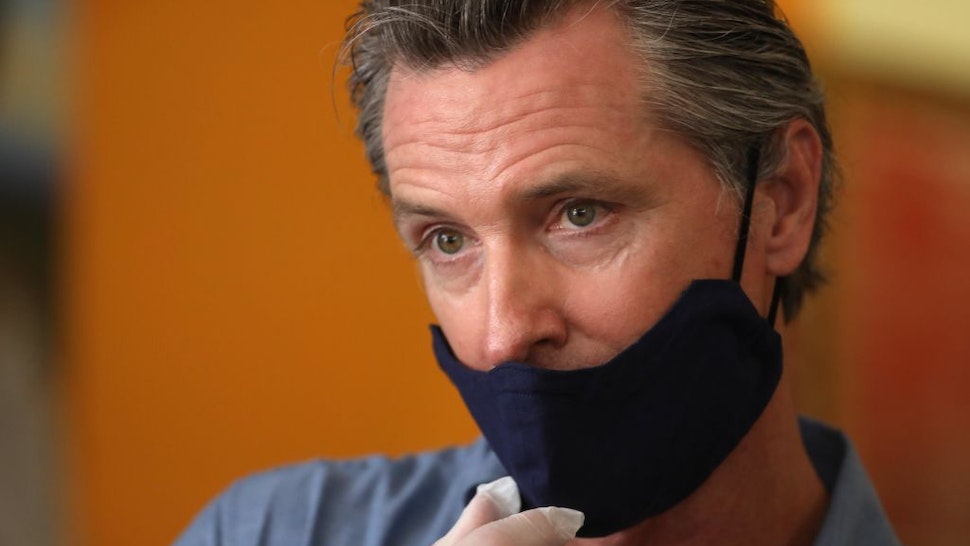 California Democratic Governor Gavin Newsom just issued a month-long curfew for most of the state that takes effect on Saturday night. Earlier this week, he announced state authorities were “pulling the emergency brake,” explaining drastic changes like tightening mask requirements were necessary to curb the rapid spread of COVID-19. He said 94% of the state’s population, or approximately 37 million people, would now reside in counties under the strictest “purple” tier of his reopening plan. Meanwhile, the threat of another economy-damaging stay-at-home order looms for more than ten million people who live in Los Angeles County.

After eight months of fluctuating restrictions, the stated objective remains to “flatten the curve.” But recent events have caused a growing number of Californians to question the moral authority of elected officials who seem to ignore the same guidelines they push onto their constituents.