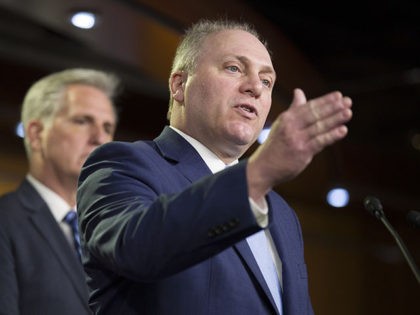 Scalise pointed out that some election laws were not followed on election night, including some states not allowing poll watchers to watch the ballot counting and counting ballots after 8 p.m. in Pennsylvania.

“We’re really at the beginning of the legal side of this. Of course, you had election night Tuesday night. Then you had some states still counting, some very questionable things happen, especially when you look at many states that have the laws that allow a poll watcher to watch the counting. It’s part of the transparency process that’s a law in most states. That was not being followed. They were not allowing Trump’s poll watchers to watch what was going on. And, you know, what are you doing behind closed doors where you’re afraid to let other people watch you when the law says you have to?”