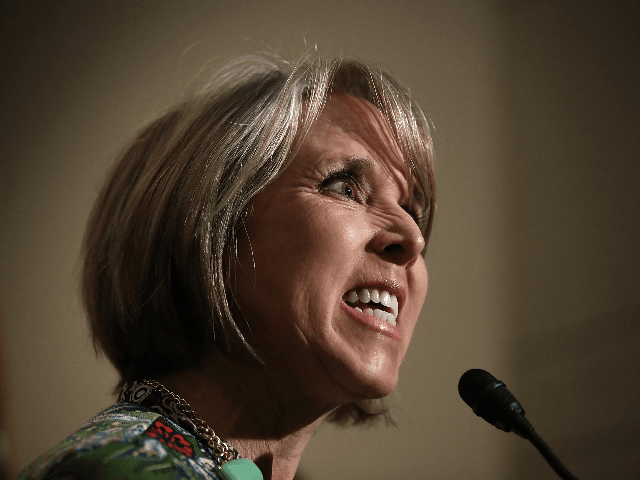 New Mexico Gov. Michelle Lujan Grisham (D) has been accused of fostering an environment for the creation of “modern breadlines” in her state, with photos showing dozens of people standing outside of grocery stores waiting to purchase food following her decision to lock down the state.

“Across the state, the elderly & sick are in these lines,” Trump campaign surrogate and former GOP Senate candidate Elisa Martinez said, providing a picture of a long line in front of a Walmart.

“Don’t be so naive to think that government & @GovMLG is interested in your health & well being. Or ‘science’ for that matter. If that were the case this wouldn’t be happening,” she said: