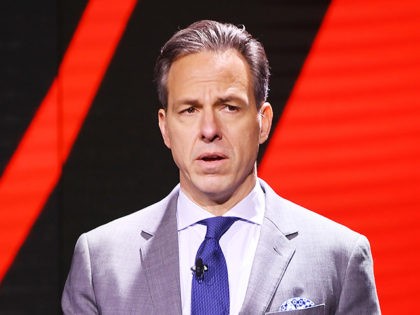 Friday, during CNN’s ongoing Election Day coverage, network anchor Jake Tapper sounded off on the prospect of President Donald Trump “refusing to acknowledge reality” of losing the 2020 election. As some states are still counting ballots, Trump has been sounding the alarm on potential voter fraud in the election.

Tapper declared that former Vice President Joe Biden “will become the next president.” He added if it comes down to it, Trump will be “physically escorted from the building.”

“Let’s be honest because a concession is not necessary under the U.S. Constitution. It’s not necessary,” Tapper advised. “Whether or not Donald Trump acts like an adult if Joe Biden becomes the next president, Joe Biden will become the next president and Donald Trump will be, if it comes down to it, physically escorted from the building if it comes down to it; if he just refuses to acknowledge reality.”

Tapper then called on GOP leaders “to start preparing President Trump for the bad news, because it looks like that is where we are headed.”