“The Trump administration is rolling out the vaccination plan and I believe it’s flawed,” he says 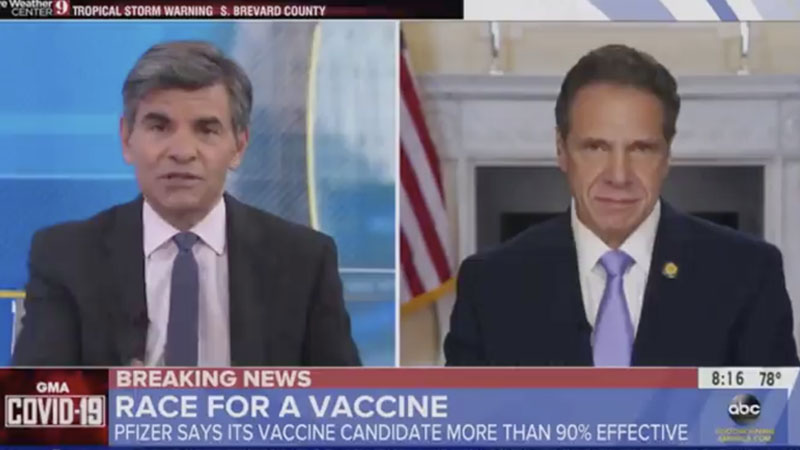 New York Governor Andrew Cuomo (D) rejected accepting the COVID-19 vaccine developed during the Trump administration’s Operation Warp Speed, saying it’s “flawed” and must be stopped “before it does damage.”

“The Trump administration is rolling out the vaccination plan and I believe it’s flawed,” Cuomo told ABC anchor George Stephanopoulos on Monday. “I believe that it learns nothing from the past.”

[…] “You have two months and we can’t let this vaccination plan go forward the way the Trump administration is designing it because Biden can’t undo it and two months later will be in the midst of it,” Cuomo continued.

Cuomo then claimed that only Joe Biden could deliver a safe vaccine to the American people.