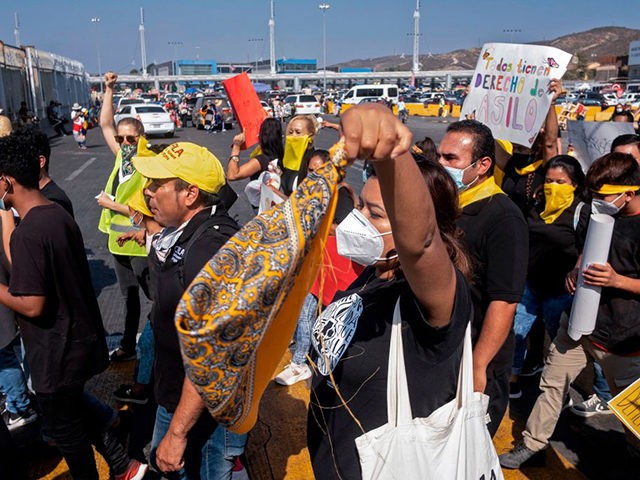 oe Biden’s team plans to abandon agreements with Central American countries that created a legal wall against global migrants, according to CBS News.

The Biden team also hopes to have U.S. embassies fly foreign children to their migrant parents throughout the United States, according to the November 11 report. The embassy process would bypass the coyotes and cartels and allow illegal populations to burrow into U.S. society — much to the disadvantage of less-skilled Americans.

A source familiar with the Biden team’s planning said the incoming administration will withdraw from the three bilateral agreements Mr. Trump brokered with Guatemala, El Salvador and Honduras that allow the U.S. to send rejected asylum-seekers to those countries and have them seek refuge there.

Trump’s diplomatic deals allow U.S. border agencies to easily and cheaply fly asylum-claiming migrants from Latin American, India, or Africa back to the safe countries they crossed on their journey to the U.S. border.