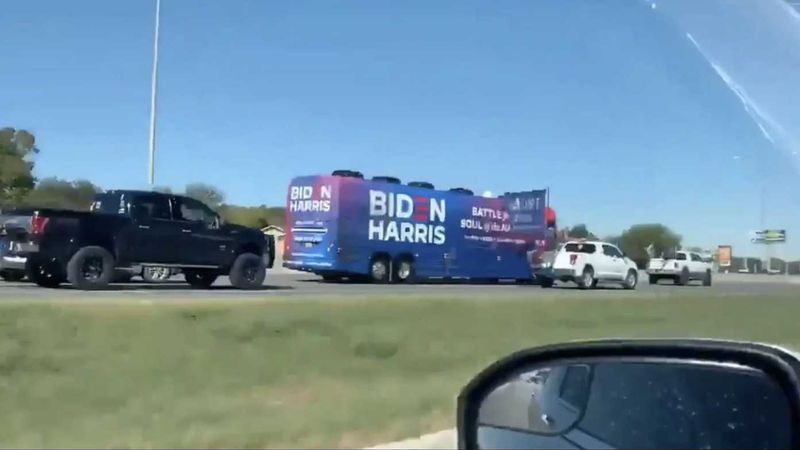 A Biden supporter filmed a conflict between a white SUV and a pro-Trump pickup truck along the highway behind Biden’s tour bus, suggesting the incident was an “attempted homicide” by the Trump supporter.