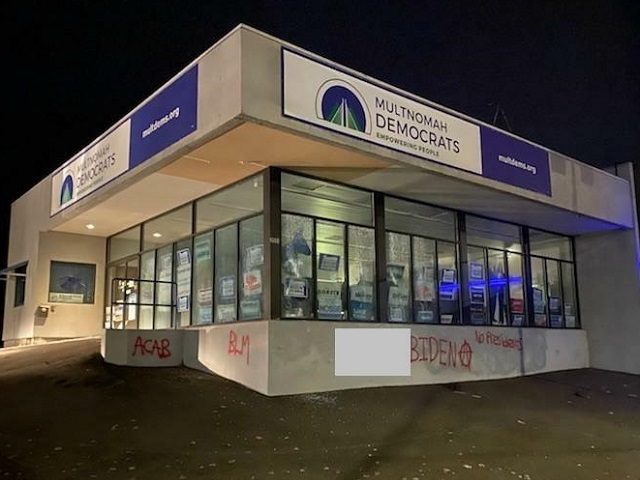 The headquarters of the Democratic Party of Multnomah County, Oregon, came under attack Sunday night from Antifa protesters. The vandals smashed windows and painted “F**k Biden” followed by an Antifa brand. They also painted, “No more presidents” on the building.

A photo tweeted by the Portland Police Bureau shows the vandalized headquarters building with smashed windows. In addition to the other two messages, vandals also painted “ACAB” and “BLM.”