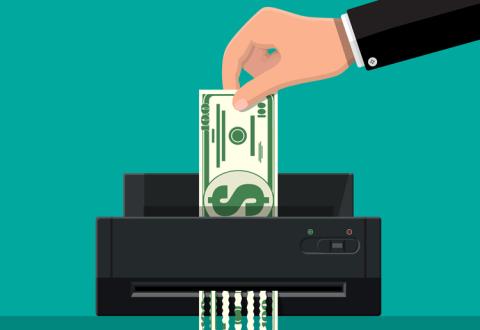 In his writings, Milton Friedman blamed central bank policies for causing the Great Depression. According to Friedman, the Federal Reserve failed to pump enough reserves into the banking system to prevent a collapse in the money stock.1 The adjusted money supply (AMS), which stood at $26.6 billion in March 1930, had fallen to $20.5 billion by April 1933—a decline of 22.9 percent.