President Donald Trump and Gov. Scott Walker promised thousands of jobs in return for billions of dollars in subsidies from the state. More than two years later, there’s little to show for it.

[Ed. Note: Did anyone with a functioning brain actually believe that the Chinese where going to switch from paying Chinese labor $2/day to paying American labor $20/hour, plus benefits? How dumb would you have to be to have believed it?] 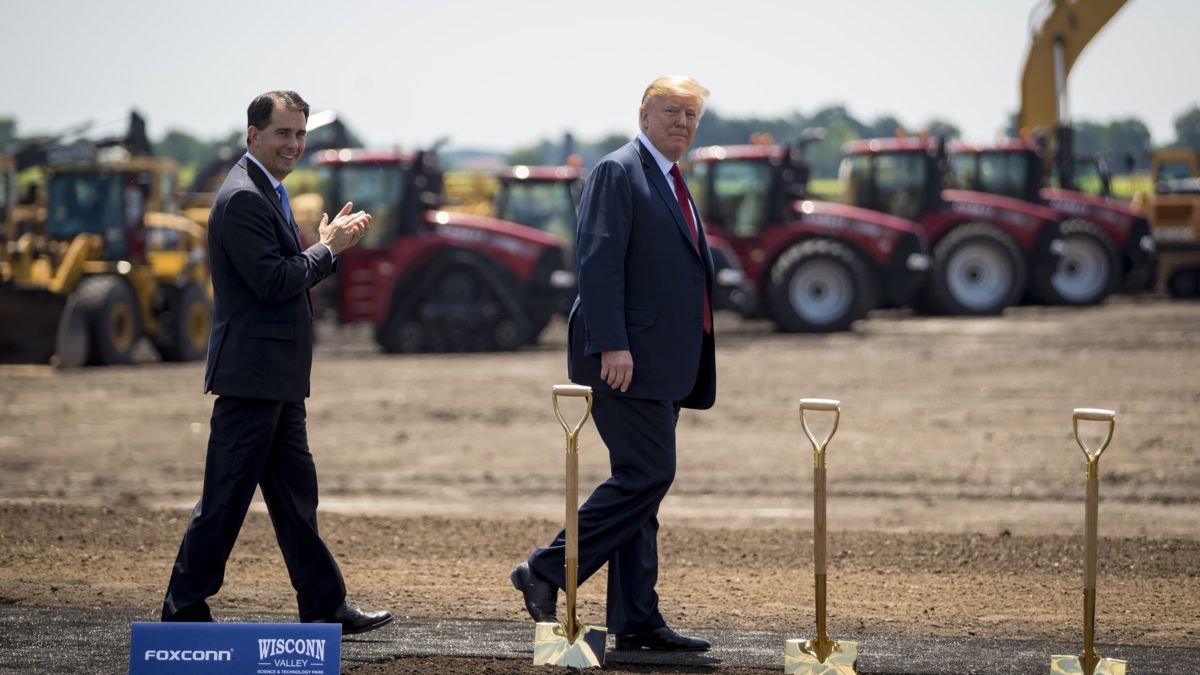 In June 2018, President Donald Trump and then–Gov. Scott Walker of Wisconsin broke ground on the outskirts of Milwaukee for what was supposed to be a $10 billion, 20 million-square-foot factory for Taiwanese tech giant Foxconn.

It was going to be “the eighth wonder of the world,” Trump said, proof that he was “reclaiming our country’s proud manufacturing legacy”—even if the project was dependent on $3 billion in subsidies from the state of Wisconsin, one of the largest corporate handouts in American history.

A little more than two years later, the factory that was supposed to produce LCD screens for TVs and smartphones doesn’t exist and “probably never will,” reports The Verge this week in a must-read investigation into the downfall of Wisconsin’s propped-up Foxconn project.