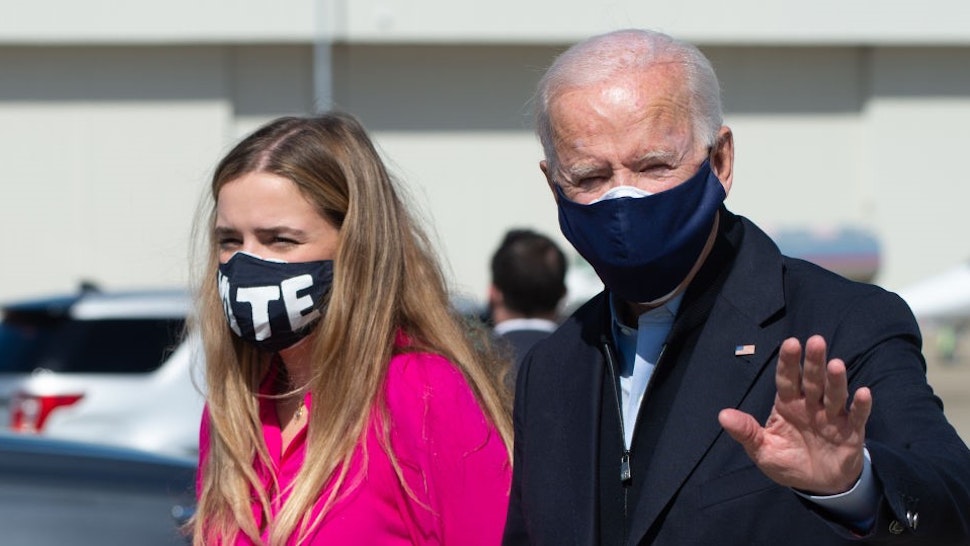 Democratic presidential nominee Joe Biden wore two masks when he traveled to North Carolina for a campaign stop, a cloth one overtop a paper medical mask.

Biden’s double masking was captured by The Daily Mail, which snapped a picture of the candidate as he was stepping off his plane at the Raleigh-Durham International Airport.

Trump has repeatedly bashed Biden, asking supporters at a rally last month if they know “a man that likes a mask as much” as Biden.