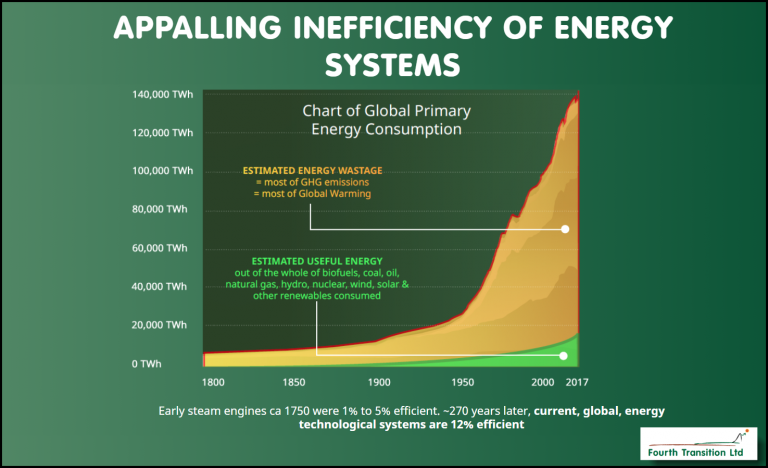 The world is getting ready to head over the Thermodynamic Energy Cliff. Unfortunately, the world is unprepared for the Energy Cliff’s negative impact because virtually no one understands it or sees it coming. So, unless we make a drastic change, and quickly, the U.S. and world economies will go down the same path as the Ancient Roman Empire… collapse.

I sat down with Dr. Louis Arnoux from France and discussed the Thermodynamic Oil Collapse & Future in detail. One of the most important charts discussed in the video, is the one below. It shows that our current Energy System is only 12% efficient. Thus, the 88% waste energy generated over the past 200+ years has caused all the problems, pollution, and global warming issues.