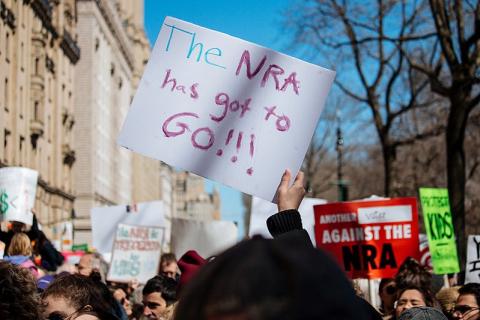 The State of New York has wasted no time reminding Americans about its pathological disregard for personal freedom.

Its covid-19 lockdown policies were among the most heavy-handed responses implemented by a state government in the country. Controversies surrounding the state government’s decision to place recovering covid patients in retirement homes, arguably a major factor behind the state’s deadly retirement home outbreak, were major black eyes for Governor Andrew Cuomo’s administration. The Empire State’s overreach hasn’t been confined to covid-19, though.

New York policymakers are taking crisis opportunism to another level by attempting to dissolve the National Rifle Association. Led by New York State attorney general Letitia James, the State of New York moved forward with a lawsuit last month in an attempt to gut the organization during a time when the NRA is mired in financial scandals. The New York suit alleges that the NRA has been involved in extensive cases of misallocation of funds and corruption, therefore requiring the state to dissolve America’s oldest and most powerful gun lobby.