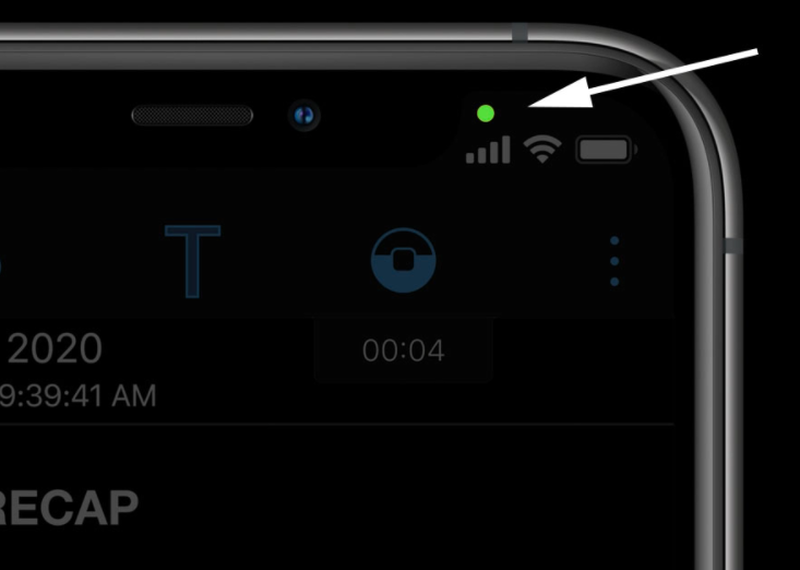 Apple has rolled out with a new privacy protection feature on its iPhone, specifically with the new iOS 14 update, which many will welcome and consider crucial in the post Edward Snowden era, as well as the explosion of cases of unwanted corporate spying and tracking individuals for creepy product placement and data collection purposes.

The Apple update will make a little green dot appear anytime an app actively uses the iPhone’s camera, Apple recently indicated in a statement. And further a similar orange dot will appear anytime the microphone is activated.

“An indicator appears at the top of your screen whenever an app is using your microphone or camera,” Apple said. “And in Control Center, you can see if an app has used them recently.”

“Privacy is a fundamental human right and at the core of everything we do,” Apple explained, acknowledging the growing controversy and public outcry over apps that ‘spy’ on users without their known it, for example apps that gear adds based on the iPhone user’s vicinity to a particular store.