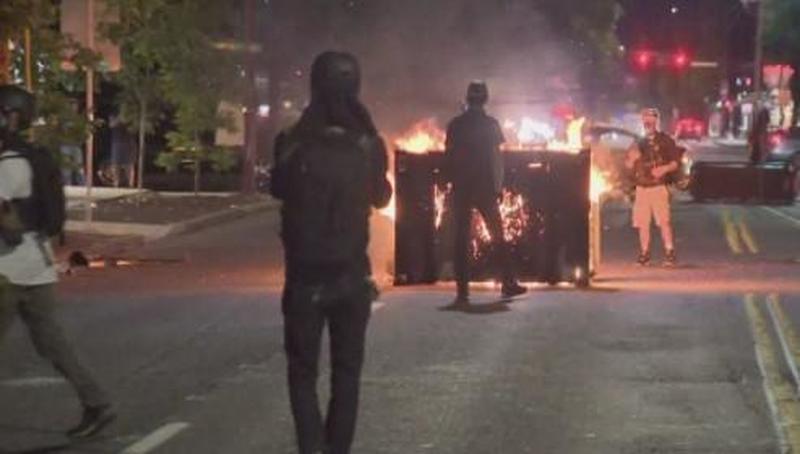 Downtown Portland residents appear to be at their wits end, pleading for a respite from what has been nightly violence and chaos that started as “peaceful protests” months ago.

Those protests have now been “hijacked by criminals” causing “violence and destruction”, according to local CBS affiliate KOIN.

The Portland residents continue to support the Black Lives Matter message, the report says, but have been speaking out about attacks on the city, saying they “harm progress made by the racial justice movement”.

Over the weekend, statues of Presidents Theodore Roosevelt and Abraham Lincoln (you know, of the Emancipation Proclamation) were overturned during an event called “Indigenous Peoples Day of Rage.”