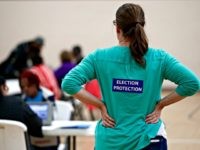 James O’Keefe and his Project Veritas have stirred the pot with a new video report on voter fraud. The headline in Breitbart News read, “Project Veritas Exposes Ilhan Omar Allies in Alleged Ballot Harvesting in Minnesota.” Soon thereafter, President Donald Trump jumped in, tweeting the Breitbart story and adding, “This is totally illegal. Hope that the U.S. Attorney in Minnesota has this, and other of her many misdeeds, under serious review??? If not, why not???”

What’s notable about this alleged vote fraud is that it took place in a Democratic primary — that is, in the August 11 Democratic primary election in the fifth Congressional district of Minnesota. The House seat there is currently held by Rep. Ilhan Omar; in the just-completed primary, Omar defeated challenger Antone Melton-Meaux by some 19 points, or more than 35,000 votes.