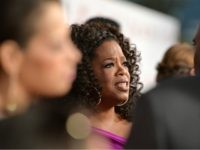 Billionaire multimedia mogul Oprah Winfrey described America’s “caste system” as “the template for Nazi Germany” in an interview with Isabel Wilkerson, author of Caste: The Origins of Our Discontents, for the latest episode of her Apple TV series, Oprah’s Book Club.

Wilkerson, an alumnus of the New York Times, characterized Caste as an analysis of what she describes as a race-based American “caste system.”

“How did you decide to focus the book on three cast systems, India, Nazi Germany, and the United States? I think a lot of people get riled up and offended that you’re comparing the caste system here to Nazi Germany, yet we discover that we were the template for Nazi Germany,” Winfrey said.