[Ed. Note: Brought to you by the same state that banned singing in churches.] 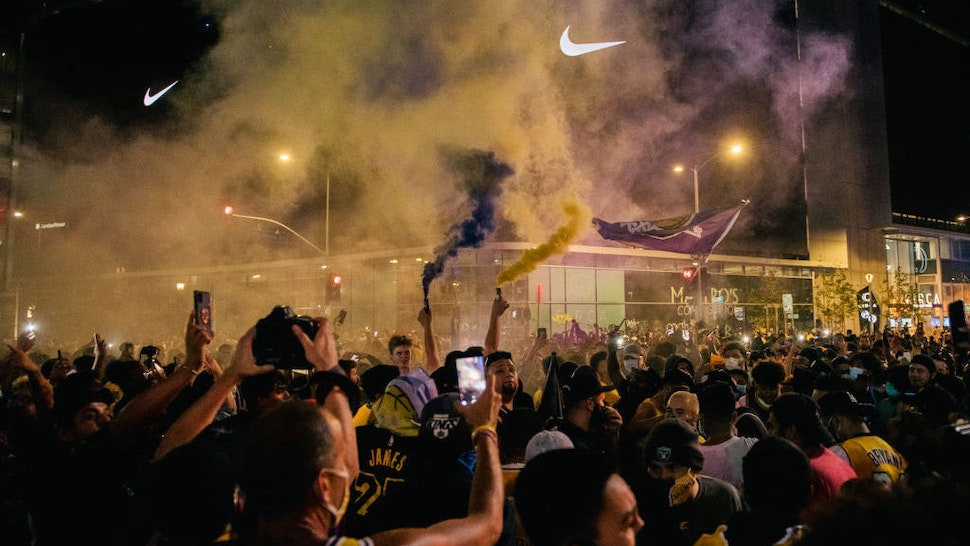 On Sunday night, after LeBron James’ Los Angeles Lakers won the NBA title, thousands of fans of the team celebrated outside the Los Angeles Staples Center, but things turned ugly when some members of the crowd targeted police, hurling rocks and bottles at them.

“LAPD went into tactical alert and declared the gathering an unlawful assembly,” KABC reported. “Cars were seen performing ‘donuts’ and ‘burnouts,’ some cars were swarmed by fans in the streets. Multiple fireworks were set off and there were isolated reports of small groups throwing rocks and bottles at police.”