“Recent actions call into question her own mental fitness” 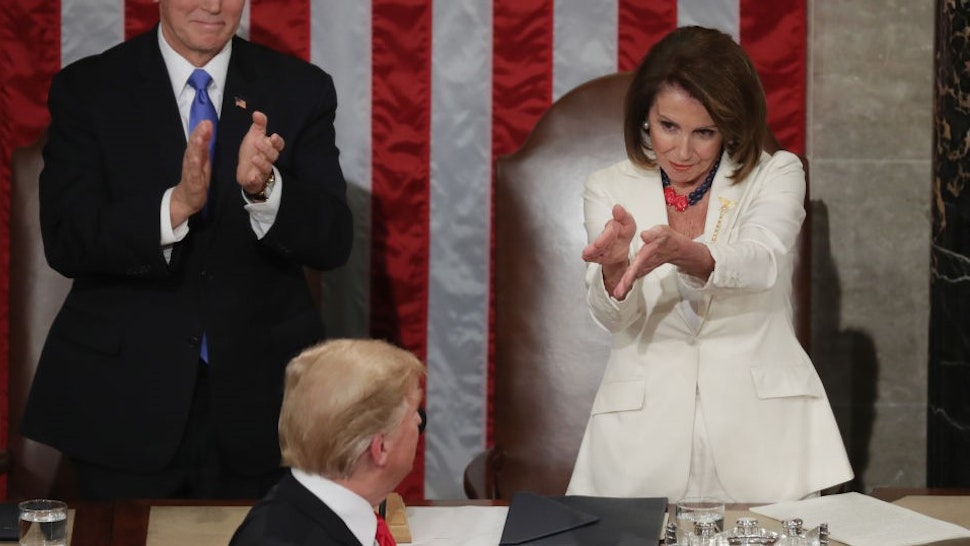 A House Republican has introduced a resolution that calls for the removal of House Speaker Nancy Pelosi (D-CA), who he says lacks the “mental fitness” for the job.

Pelosi, 81, a career politician who has served in the House for 33 years, is third in the line of succession for the presidency, essentially putting her two heartbeats away from the White House.

Rep. Doug Collins (R-GA) finds that unacceptable. “It’s clear that Nancy Pelosi does not have the mental fitness to serve as Speaker of the House of Representatives. I’m introducing a resolution to push for her removal,” he wrote on Twitter on Sunday. He introduced the resolution on Monday.

“Nancy Pelosi’s unwillingness to abide by the Constitution, combined with her recent actions, call into question her own mental fitness,” he wrote on Twitter. “It’s critical that the House of Representatives demand her removal from the line of succession.”