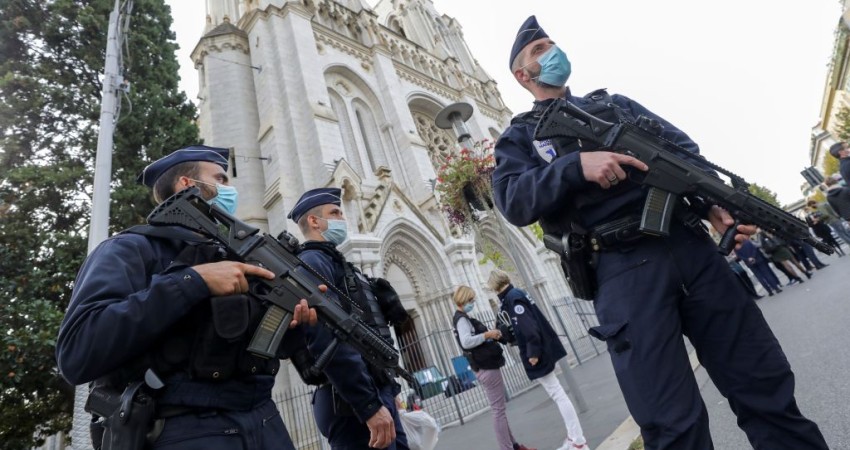 The terrorist who beheaded a woman and killed two others near a church in Nice, France has been revealed to be a Tunisian boat migrant who arrived on the Mediterranean island of Lampedusa last month.

The attack followed the beheading of Samuel Paty earlier this month, a school teacher who was targeted as part of a revenge attack for showing cartoons of the Prophet Muhammad to pupils in a class about free speech.

It’s now confirmed that the jihadist in Nice, who yelled “Allahu Akbar” during the attack, arrived in Europe as a boat migrant.

“He entered France from Italy – travelling through the southern Italian city of Bari on 9 October – after reaching the Mediterranean island of Lampedusa on 20 September,” reports Sky News.