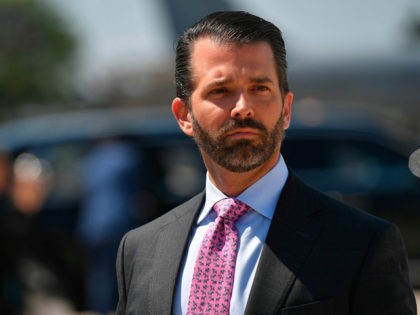 However, the younger Trump said the difficulty was overcoming mainstream media and social media bias.

“Listen, I think it’s just about getting out there,” he said. “When people hear our message, we win. That’s a no-brainer. Donald Trump’s record of accomplishment is unprecedented in the U.S. presidency, but what we’re up against is a mainstream media and a social media complex that’s literally trying to sensor real news from getting to people. They are just totally in the pocket of the Democrats, they are doing whatever they can to fight for them, and that’s what we’re up against.”