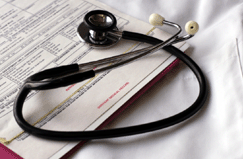 The coronavirus crisis has served as a powerful tool in highlighting many of the faults that previously existed in society. It exposed which politicians have an inherent need to control and which ones are guided by humility. It reminded us of the political power that lies in fear, and how crucial it is to be skeptical of prevailing narratives. It emphasized the different economic realities for those who live paycheck to paycheck and those who benefit from economic financialization.

It should also make perfectly clear the danger of handing over healthcare to the state.

Already we have seen agents of the state, at various levels, seek to leverage a viral medical crisis to expand their power. Governors and local officials have sought to use vague “emergency” powers to lock down businesses and to create criminal penalties, and have then attacked any attempts by judiciaries to rein in their actions. Judges have sought to leverage the power they hold in deciding child custody to force citizens to make medical decisions they disagree with. Anointed government experts, such as Dr. Anthony Fauci, in spite of his own inconsistencies, have been held up as the final word on science, at the expense of the voices of other credible scientists.