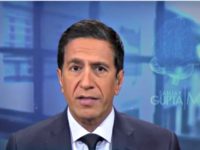 Anchor Tapper said, “Some interesting comments from Commander Conley, who before this episode had an impeccable reputation. He was asked why he didn’t give all the information yesterday, and he said he was trying to, I’m quoting, trying to reflect the upbeat attitude of the team and not give any information that would steer the course of his illness. Is that what a physician is supposed to do?”