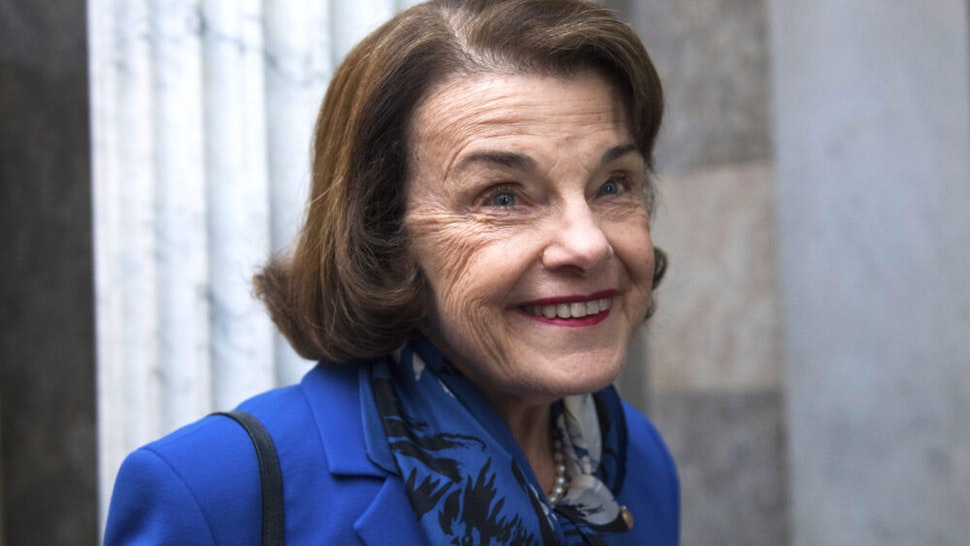 Fox News host Tucker Carlson aired photos on Monday night that allegedly show Sen. Dianne Feinstein (D-CA) not wearing a mask while at an airport, which Carlson claims came after she wrote a letter to the Federal Aviation Administration demanding that “all airport and airline employees and passengers” wear masks.

Carlson began the segment by showing a news report from June in which a reporter states: “More and more lawmakers are calling for nationwide rule on wearing face coverings. Senator Dianne Feinstein has written to federal agencies asking for a mandatory mask policy both in the air and on public transit.”