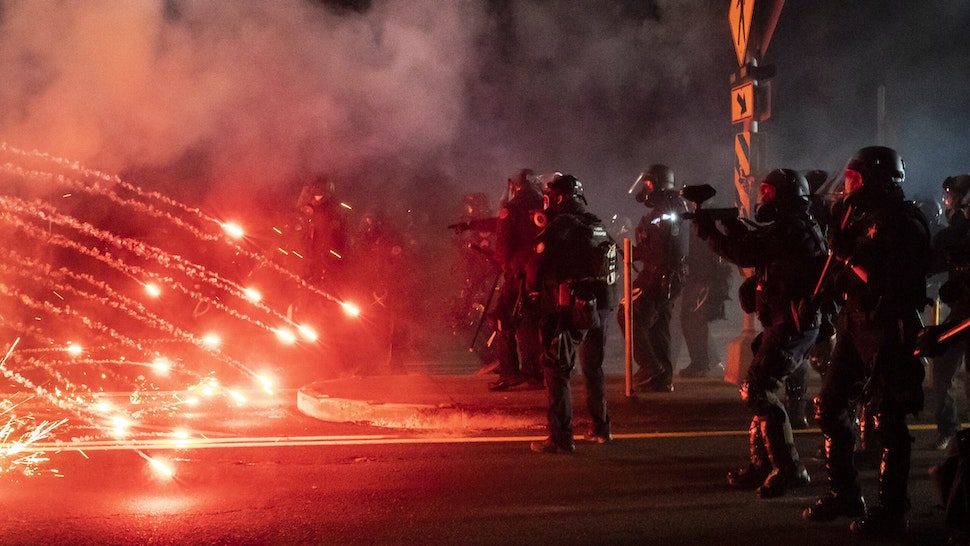 Rioters identified by journalists as being Antifa attacked a police building in Portland on Monday night and chased police cars in Seattle, forcing them to reverse course.

The Portland Police Bureau said that a group of approximately 75 individuals were involved in the chaos last night, which included a “commercial grade firework” being thrown near police vehicles that were parked at the Penumbra Kelly Building. The group reportedly blocked traffic for hours and some ventured onto the property and were arrested.